Corinthian Matters is devoted to the archaeological and historical research of the modern region of the Corinthia. Although the website is designed to promote the study of the history and archaeology of the city and territory of ancient Corinth, it gives attention to the study of the broader modern Greek administrative unit of the Corinthia including Sikyonia, Cleonae, and the Nemea Valley, as well as other news and scholarship about the archaeology of Greece. 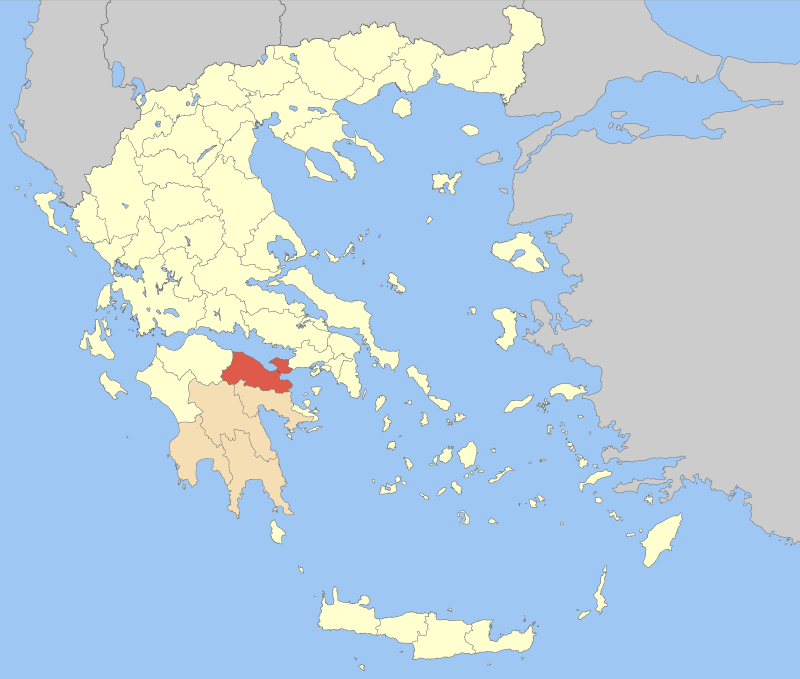 I (David Pettegrew)  created the site to popularize Corinthian studies and connect a broader public audience with current scholarship which comes out daily. Since antiquity, people have been fascinated with the city on the Isthmus, its reputation for wealth and extravagant living, and its association with bustling crowds. Today Corinth continues to interest and fascinate visitors because of its well-excavated Roman remains, its dramatic and curious landscape, and its connections with the apostle Paul and the first Christian communities. This site is primarily a resource for the study of the city and its territory, including the issues surrounding the letters of the apostle Paul to the Corinthians, but I also use it as a platform for discussing and releasing my own current research projects.

How to Use this Site

Corinthian Matters is a resource website with an intermittent blog component. The site provides both short news pieces (the Corinthiaka blog) and resources for studying Corinth (the pages).

The kinds of things you can find on this site:

1. Recent news on archaeological investigations, conferences, presentations, and publications on Corinth from antiquity to the early modern era.

2. Resources for scholars, teachers, and anyone interested in Corinth, including especially images, video, maps, and bibliography.

3. Essays and reviews about Corinthian history and archaeology, and the place of Corinth in modern culture.

4. A place for the presentation of the work of the Eastern Korinthia Archaeological Survey and my study of the Isthmus.

If you have suggestions or queries, I will consider them as I have time. Please send to “dpettegrew” at “messiah.edu”.

I am a professor of history and archaeology at Messiah University, a private faith-based university of the liberal and applied arts  near Harrisburg, Pennsylvania. I teach classes in Roman History, Late Antiquity, Historical Archaeology, and Digital History. My research and teaching have centered on integrating archaeological and textual evidence to narrate local history, especially Mediterranean cities and landscapes at the end of antiquity, but my interests range widely and I generally love good historical and archaeological problems irrespective of time and place.

I completed my PhD in 2006 from The Ohio State University with a major field in ancient Greek and Roman history (and a particular focus on late antiquity), and minor fields in church history and landscape archaeology. My dissertation, “Corinth on the Isthmus: Studies of the End of an Ancient Landscape,” became the genesis of several published articles on the Corinthia and a broad historical study titled The Isthmus of Corinth: Crossroads of the Mediterranean World (Ann Arbor, 2016: University of Michigan Press). I continue to be actively involved in Corinthian studies–through ongoing work at Isthmia, drone surveys of the territory, and publishing the Eastern Korinthia Archaeological Survey.

As a field archaeologist, I am fortunate to have participated in a number of field programs on different continents: Wright State University’s field school in southern Ohio, the American School of Classical Studies Excavations at Corinth, the Australian-Paliochora Kythera Archaeological Survey, the Eastern Korinthia Archaeological Survey, the Pyla-Koutsopetria Archaeological Project in Cyprus, and local excavations in central Pennsylvania. Much of my own research, consequently, has dealt either with archaeological methods of field work, or the results. I co-authored (with colleagues William Caraher and R. Scott Moore) Pyla-Koutsopetria I: Archaeological Survey of an Ancient Coastal Town (Atlanta 2014: American Schools of Oriental Research), a diachronic survey of coastal sites of ancient date in Cyprus, and am preparing a second volume on excavations there.

One of my long-standing interests is the history of the church, and in recent years, I have been exploring this the archaeology of early Christianity. I co-edited The Oxford Handbook of Early Christian Archaeology (New York 2019: Oxford University Press) and am preparing a short introduction on the subject.

You can find more about my research and public projects at my institution’s profile page.

The Isthmus of Corinth: Crossroads of the Mediterranean World (Michigan, 2016)

The narrow neck of Corinthian territory that joins the Peloponnese with the Greek mainland was central to the fortunes of the city of Corinth and the history of Greece in the Roman era. This situated Corinth well for monitoring land traffic both north and south, as between Athens and Sparta, and also sideways across the Isthmus, between the Gulf of Corinth to the west and the Aegean Sea to the east. David Pettegrew’s new book investigates the Isthmus of Corinth from the Romans’ initial presence in Greece during the Hellenistic era to the epic transformations of the Empire in late antiquity. A new interpretation of the extensive literary evidence outlines how the Isthmus became the most famous land bridge of the ancient world, central to maritime interests of Corinth, and a medium for Rome’s conquest, annexation, and administration in the Greek east. A fresh synthesis of archaeological evidence and the results of a recent intensive survey on the Isthmus describe the physical development of fortifications, settlements, harbors, roads, and sanctuaries in the region. The author includes chapters on the classical background of the concept isthmos, the sacking of Corinth and the defeat of the Achaean League, colonization in the Late Roman Republic, the Emperor Nero’s canal project and its failure, and the shifting growth of the Roman settlement in the territory.