I spent Thursday and Friday last week visiting St. Mary’s College of Maryland located on the beautiful site of Historic St. Mary’s City, which served as Maryland’s original state capital and ranks among America’s oldest colonial settlements. It was one of the most interesting campus visits I have had in combining my interests in ancient landscapes and digital humanities. On Thursday morning, I visited a class of students in Historical Methods to discuss the subject of digital history and used examples from our Digital Harrisburg Initiative – a series of projects created by faculty and students at Messiah College and Harrisburg University of Science and Technology on 20th century Harrisburg. In the afternoon, I gave a lecture titled “Journeys through an Ancient Landscape” that outlined some of the main contours of my forthcoming book on the Isthmus of Corinth. The abstract for the afternoon lecture went something like this:

From the Panhellenic games of the sixth century BCE, to the Persian invasions of 479 BCE, the Emperor Nero’s disastrous tour of Greece in 66 CE, and Justinian’s fortifications of the sixth century, the Corinthian Isthmus captured the imagination of kings and emperors, philosophers and orators, traders and merchants, and missionaries and preachers as a place of congregation and competition. In this talk, we will journey through the layers of Corinth’s landscape to explain how its Isthmus became the most famous, consequential, and contested land bridge of the ancient world.

Putting the lecture together proved harder than I imagined. Although I was determined not to write out the talk and present simply from the PowerPoint presentation and some notes, I found it challenging to condense the main arguments of the book into a 45-50 minute talk.

I began with the close modern associations of this landscape with congregation, contest, and journey. Whether it is Robbie Maddison’s 200 foot long motorcycle jump over the canal in 2010, Peter Besenyei’s daredevil flight through in 2012, bungee jumping into the abyss, or simply taking selfies on the old national highway bridge, this is a landscape that seems to draw direct engagement. 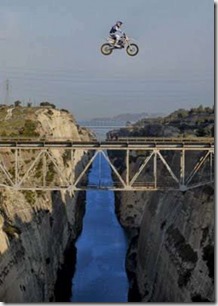 From there, I laid out the “essential vision” of the Isthmus created by ancient authors and developed in new ways in the modern period. According to the maritime interpretation, Corinth was the quintessential traveler’s town, which gained its unique character from the 4-mile wide Isthmus that linked the Peloponnese with the Greek mainland. This Isthmus was the timeless and essential constant of Corinthian history. An Isthmus could neatly explain the entire trajectory of the city’s historical existence: its foundation and growth as an independent Greek polis from the 8th c BCE; the power and wealth of the Greek polis in the classical period; the importance of the region to the Macedonian monarchs who took possession of it after the conquests of Alexander the Great; and the Roman destruction of Corinth in 146 BCE and then its refoundation as a Roman colony a century later. The Isthmus was the determining force that altered the character of the city’s wanderlust population and determined its historical trajectories until barbarian invasions and earthquakes in late antiquity allegedly decimated the population

The remainder of the presentation took apart the maritime interpretation and offers a view of some of the historical contingencies that altered the landscape over time.

For example, the evidence of archaeological survey (that’s my team from the Eastern Korinthia Archaeological Survey in the picture below) has shown complex and changing patterns of land use, settlement, and trade from the Geometric era to the period of late antiquity that relate in interesting ways to the features in the landscape (the great trans-isthmus walls) or the changing historical context. In general, the discovery of archaeological evidence for habitation and agriculture in the territory disproves the old notion that the Corinthians of the classical or Roman periods had no interest in the agricultural resources of the territory.

Similarly, the ancient road called the diolkos was never the great transit road of the modern imagination. Nor was carting ships over the Isthmus regular ancient practice but reflected unique and extraordinary historical contingencies of the classical and early Hellenistic periods. Conveniently, a reconstructed 17th century ship at Historic St. Mary’s City called the Maryland Dove provided a good reference in point: the ancient triremes that allegedly went over the Isthmus in the fifth century BC were larger even than the Dove. 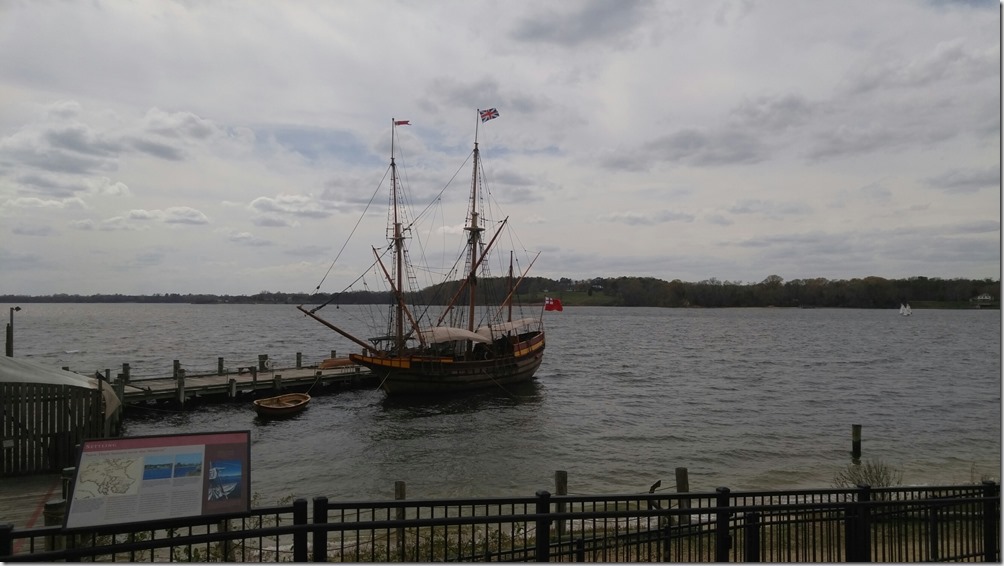 I also drew attention to the contingencies that framed ancient discussions of the Isthmus. The Greek concept of isthmos was never a static term but changed according to broader conceptions of the place of individual regions within the Mediterranean. Consider three different views of the Corinthian Isthmus as shown in the image below: the narrowest (dark blue) by classical Greek writers; the broader by the geographer Strabo; and the broadest by Pliny the Elder.

And to my delight, I discovered that the college was located on a peninsula that writers like Strabo would have called an isthmus formed by the constriction of land between St. Mary’s River and the Chesapeake Bay. 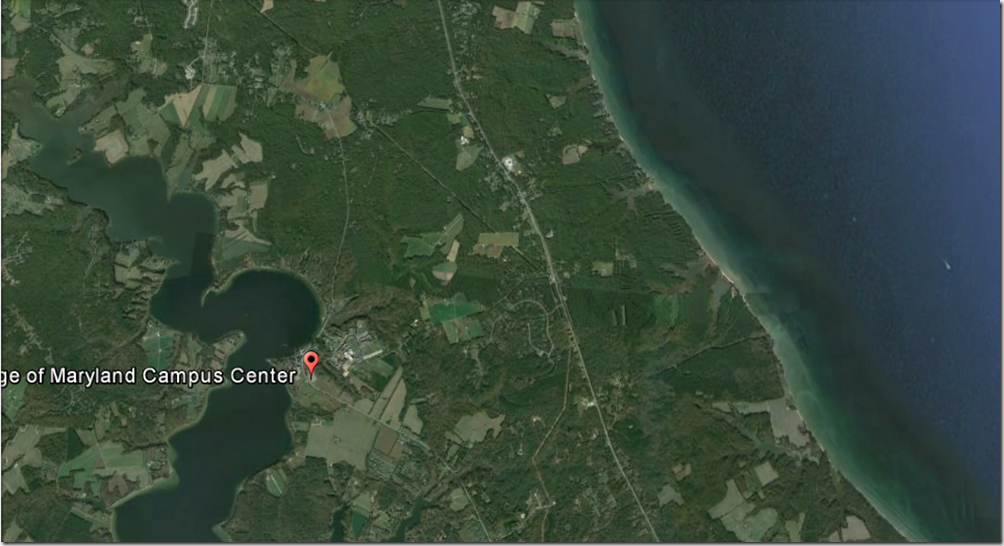 Once I get settled, I’ll aim to resume the Corinthian religion series this week and push out some more of this new and recent scholarship and news that has come my way. More soon!